In the weeks following Rico Abreu’s wreck in the 4-Crown Nationals at Eldora Speedway on September 23rd of last year, he wondered whether he would ever race again. 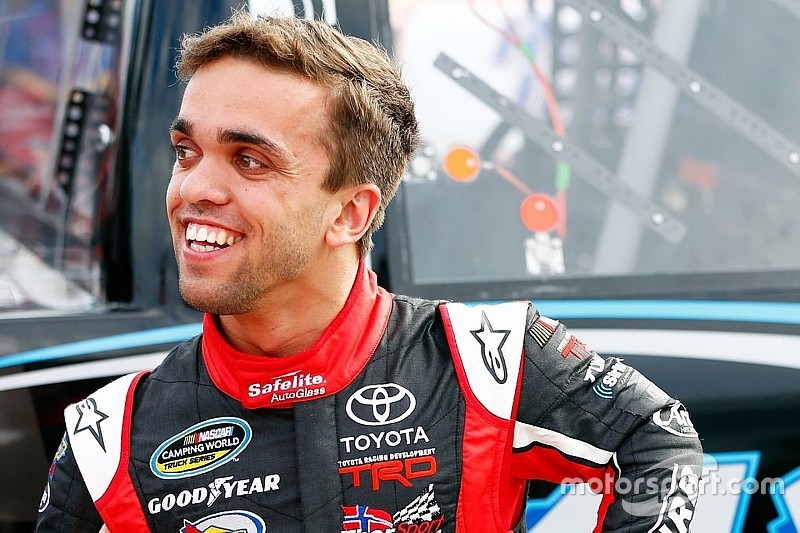 Abreu’s midget racer hit the wall on the first lap of the second heat race, then flipped repeatedly. Although he walked to the ambulance, Abreu struggled to get his bearings.

After a three-month absence from racing, Abreu found his magic again at Tulsa Expo Raceway on Wednesday night. If his preliminary night performance was any indication, Abreu has fully recovered. The soon-to-be 26-year-old dominated his heat race, won his qualifier and traded the lead with Tyler Thomas three times before claiming his sixth preliminary feature win.

“It was really cool,” Abreu told motorsport.com. “I knew I was competitive. I just had to go do it.”

After hot laps on Monday and running the Vacuworx International Race of Champions on Tuesday, Abreu felt he was back and better than ever.

“I knew we had a car that could win,” Abreu added. “I just have to do my job. You sit out so long, thinking do you still know how to do it? Do you still have that will and competitiveness to go win races? There’s a difference between running second and third and fourth and fifth to winning races and having that fire.

“Some people are happy with a top five or a top 10, but I’m disappointed if I don’t win at the end of the night.”

Abreu’s appetite for racing made his time on the sidelines more difficult. But he needed time to heal. He sought help for symptoms of vertigo and surrounded himself with friends and family.

“I got to the point where I didn’t even want to follow racing just because of how passionate I am about it,” Abreu said. “It drove me crazy knowing I should be out there racing. Then I got to the point about how grateful I am to have the opportunities I’ve been given. I needed to find something to keep me busy and active and motivated to come back and still have that fire when I come back here.

“That’s what it’s all about, is having that fire. It’s really impressive to watch guys like Christopher Bell and Kyle (Larson) come back to a sport that they really love and be the best at it every time they come back.”

Abreu hasn’t abandoned hope when it comes to racing in NASCAR. He enjoyed his experience with ThorSport when he ran the full season in 2016 behind the wheel of the No. 98 Safelite Auto Glass Toyota. Abreu returned to Eldora with the team last summer but was swept up in a nine-truck wreck 19 laps into the race.

“I just have to find the right opportunity,” Abreu said. “I don’t want to ever quit on it, but if there’s never a good opportunity, I don’t waste a team’s time or waste my time by not being competitive. I had a good shot (with ThorSport) but I just missed it. I don’t know if it was me or it just wasn’t the right time—or the wrong time. But everything happens for a reason. Some things just aren’t meant to be and don’t work out.

“The biggest thing is that I’m happy with what I’m doing now—racing sprint cars and midgets with the best teams in America that come to dirt racing. I just need to enjoy it. I can’t sit here and pout about not getting the right opportunity, or I didn’t get what I wanted out of NASCAR racing.”

Abreu still believes he can compete in NASCAR. He has been in contact with Hattori Racing Enterprises’ competition director Mike Grecci regarding the No.16 truck, but the funding just won’t support a full-time ride at this time. Although his transition to the bulkier stock cars might be easier through a single-truck operation, where all the attention surrounds one driver, Abreu has thrived under a variety of racing stables.

“I think that would be the ideal way to do it,” Abreu says of the situation at HRE. “But then you look at Keith Kunz Motorsports which went from a one-car team to a two-car team to now a nine-car team. It’s all about how you build your team and the attention to detail that goes to each driver and build each team around that driver. You can have four or five different teams, but you have to make sure you balance that attention to the driver at the time.

“And that driver has to bring his A game. He has to be at the top of his game in whatever series he’s in to be able to win. Nowadays, sponsorship and money comes driven off of winning races, not top fives, and, yes, championships. But you get noticed when you win. That’s where I needed to be (in NASCAR) and I wasn’t at that level.”

Abreu has found his niche in open wheel. The 2014 USAC Midget Champion has 15 wins in that series and two Chili Bowl National titles. Last year, during a limited schedule, Abreu won with the World of Outlaws at the Arizona Desert Shootout and at Atomic Speedway on the Arctic Cat All-Star Circuit of Champions tour.

His 2018 race schedule might be Abreu’s most ambitious yet.

“I have about 110 sprint car races that I’m going to start in Florida and go from there,” Abreu said. “I’m going to run with Tony’s (Stewart) series (ACASCC) and then some local races in California when the World of Outlaws makes its West Coast swing. I’ll be busy. I have about 12 (midget) races with Keith Kunz. I’m just really happy where I’m at in my life right now.”

“Saturday is 55 laps, it’s going to be a long race,” Abreu said. “It’s going to be the toughest race the Chili Bowl has ever witnessed because you’re going to have four of the best cars starting in the top four, the top six. Everybody in the A-Main has a shot at winning this year. The equipment has gotten so equal, everyone has gotten so competitive. Everyone has put in so much work to catch up with the Keith Kunz cars and Clauson-Marshall’s to reach that level.

“I feel like that’s what’s making this race so much tougher to win. You have to be smart as a race car driver. You don’t want to put it all on the line in the first 30 laps. You want to do it in the last 10 laps. The biggest thing about this event, you have to have to work forward as the night goes on. Patience is everything in this race.”