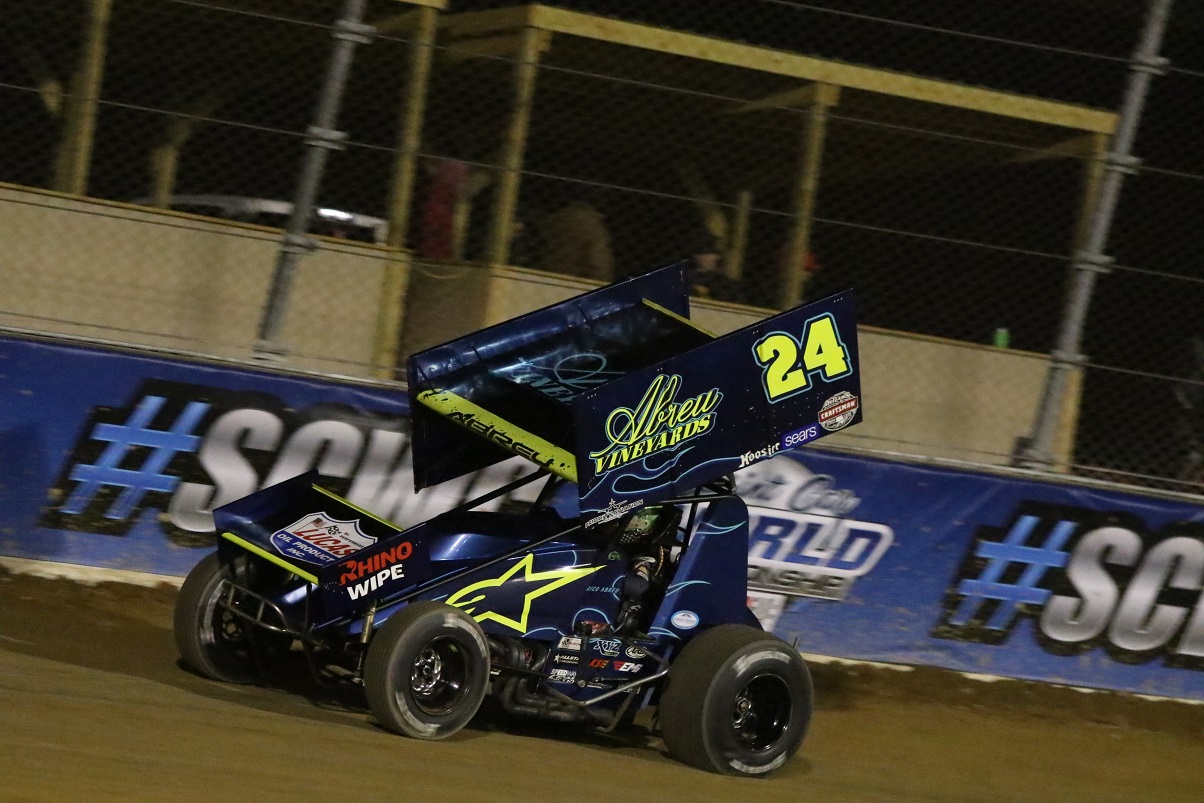 MANSFIELD, Ohio (April 30, 2018) – Although plagued with tire issues, suffering from a pair of flat tires during preliminary competition, as well as a flat tire during the 50-lap finale, Rico Abreu’s weekend during the inaugural Sprint Car World Championship at Mansfield (Ohio) Motor Speedway ended on a high note, ultimately charging from 17th to finish ninth during the 50-lap, $100,000-to-win showstopper on Saturday, April 28.

Joining over 70 entries from the around the world, Rico Abreu’s Sprint Car World Championship campaign ignited on Friday, April 27, with preliminary competition featuring a pair of 30-lap programs. Separated into two groups after qualifying time trials, even and odd, the pilot of the Rico Abreu Racing/Abreu Vineyards/Lucas Oil/Alpinestars/Rhino Wipe/Priority Aviation/No. 24 sprint car qualified for the evening’s even main event by charging ahead from fourth to win his respective heat race. Although granted the sixth-starting position by way of feature redraw, Abreu’s potential was cut short due to a pair of flat tires. The St. Helena, Calif., native was scored 14th at the end of the 30-lap program.

With only the top-four finishers from the even and odd preliminary features locked into the $100,000-to-win finale, Abreu was forced to compete in one of six heat races on Saturday as a second attempt to qualify for the Sprint Car World Championship main event. Abreu’s second place finish during Saturday’s heat race was still not enough to lock the California native into the 50-lap finale, so Abreu was forced to race again, this time during one of four B-mains. Abreu drove on to score a win during the third of four B-mains, ultimately lining up 17th on $100,000 feature grid.

Abreu’s Sprint Car World Championship top-ten charge started from the drop of the initial green. Although showing progress early, Abreu’s advancement was eventually negated at halfway, forced to change a right-rear tire due to damage discovered during the scheduled, competition yellow flag. Forced to go to the tail of the field, Abreu once again commenced a charge from the near-back of the pack, soon pressuring for a top-ten spot before crossing under the final checkers ninth in the running order. The result was Abreu’s fifth top-ten performance of the 2018 season.

“We kinda had to do things the hard way this weekend, but it was all worth it in the end,” Rico Abreu explained. “We were plagued with some tire troubles on Fridaynight, so that put us in a hole early. If that wouldn’t have happened, I see us possibly making the big show without having to race in one of Saturday’s heat races. Regardless, it was a great effort by everyone involved. Hats off to the track crew, and a big thanks to all of the fans for coming out and braving the weather on both nights. I’m already looking forward to returning to Mansfield.”