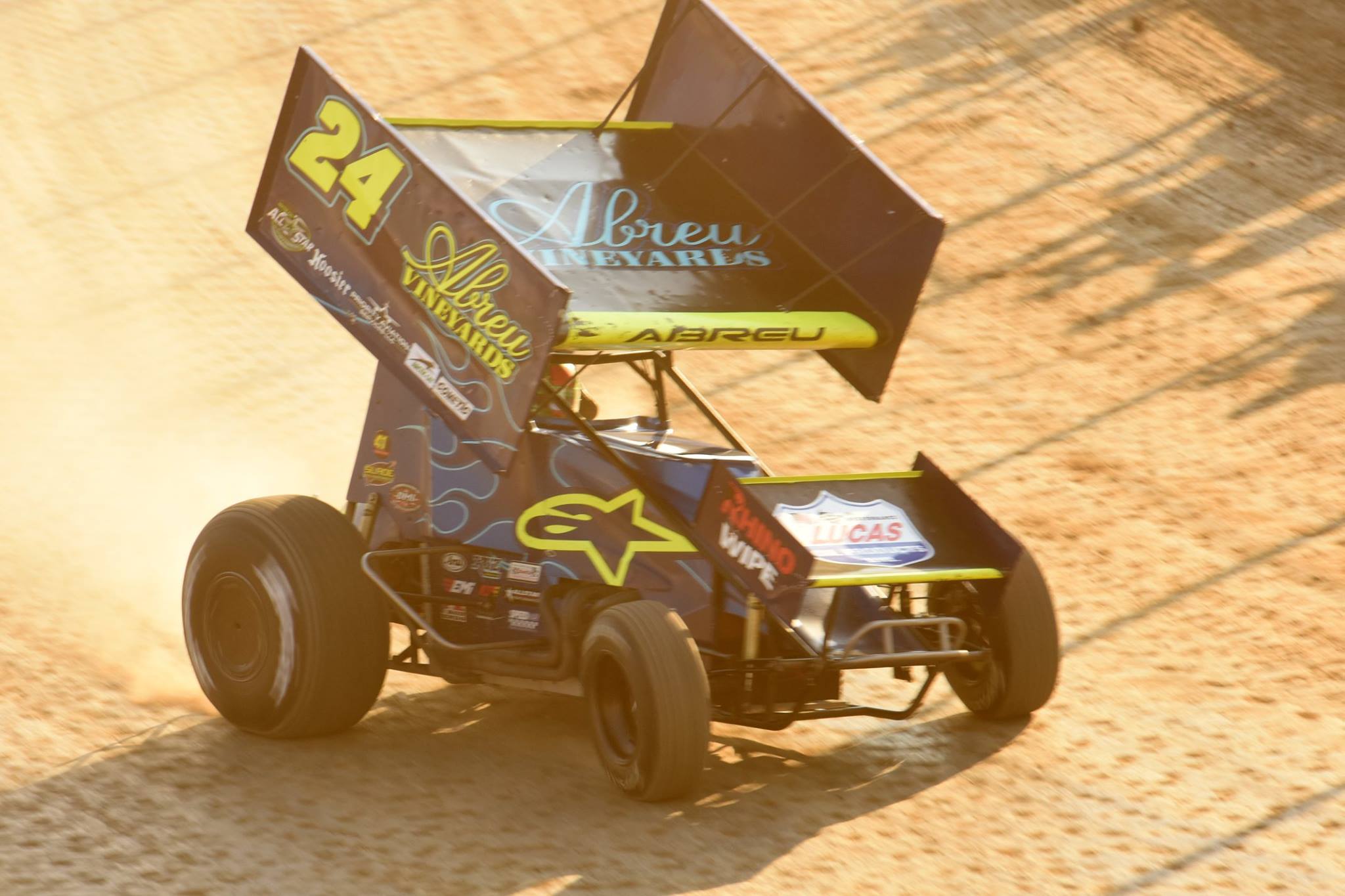 ST. HELENA, Calif. (July 16, 2018) – Rico Abreu’s three-day visit to Eldora Speedway in Rossburg, Ohio, was capped with success, not only earning a top-ten finish during the 35th Annual Kings Royal, but doing so from the outside of row 12, capturing the KSE Hard Charger Award in the process. The St. Helena, Calif., native earned main event starts during all three nights of competition at The Big E, finishing no worse than 17th against the Greatest Show On Dirt.

Abreu, driver of the Rico Abreu Racing/Abreu Vineyards/Rhino Wipe/Lucas Oil/Alpinestars/Priority Aviation/No. 24 sprint car, kicked-off his three-day Kings Royal campaign with a 13th place finish during the Jokers Wild preliminary program on Thursday, July 12, climbing ahead from inside of row 11. Unfortunately for Abreu, the former Eldora winner was forced to do things the hard way on Thursday night, eventually winning the evening’s Last Chance Showdown before lining-up 21st on the Jokers Wild feature grid.

A heat race victory, followed by a fifth place finish during the second of two World of Outlaws dashes, allowed Abreu to start tenth on the feature grid on Friday during the Knight Before the Kings Royal preliminary program. Abreu drove on to finish 17th at the final checkers, not improving on his starting position, but still bettering most of the 51 competitors signed-in for competition.

Certainly the best, as well as his most dramatic result of the weekend, Abreu’s performance during the 35th Annual Kings Royal at Eldora Speedway on Saturday, July 14, was more than impressive, rallying from 24th to finish ninth at the end of 40 circuits around Eldora’s half-mile. It was Abreu’s 18th top-ten finish of the 2018 season and his fifth against the Greatest Show On Dirt.

Abreu was forced to start 24th after failing to transfer through his respective heat race, ultimately clinching the fourth and final Last Chance Showdown transfer position with a last lap pass over Shark Racing’s Logan Schuchart.

“I can’t thank my team enough for their hard work. We’ve been having some up and down results so far this year, but the attitude and work ethic never changes,” Rico Abreu explained. “We haven’t been racing a very easy schedule the last month or so. I think our Kings Royal result will act as a positive boost for us. We intended to follow the Outlaws east this weekend, but I think we are going to change things up a little bit. We’ll see what happens over the next few days.”

Rico Abreu’s upcoming plans are still in the works. A final decision will be made in the coming days.

Fans are encouraged to follow Rico Abreu online, as well as on all of the available social media networks.