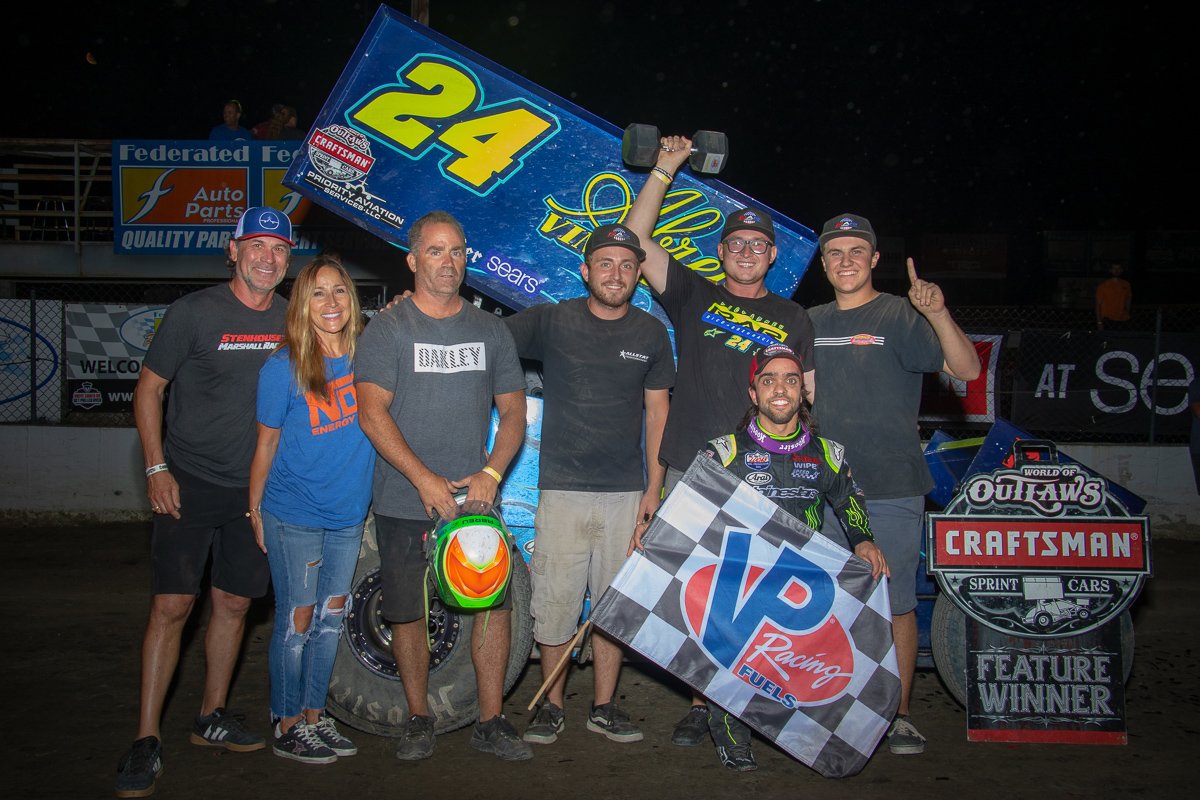 ST. HELENA, Calif. (August 6, 2018) – Endless hard work and determination certainly paid off for Rico Abreu and all of Rico Abreu Racing, not only scoring their first victory of the 2018 season, but doing so against the Greatest Show On Dirt and earning $20,000 in the process.

Abreu, driver of the Rico Abreu Racing/Abreu Vineyards/Alpinestars/Lucas Oil/Rhino Wipe/Priority Aviation/No. 24 sprint car, earned his first victory of the 2018 season during Ironman 55 action at the Federated Auto Parts Raceway at I-55 in Pevely, Mo, on Friday, August 3. Certainly one of the most demanding events on Abreu’s 2018 calendar, the St. Helena, Calif., native led over half of the 55-lap program from the pole position to score the high dollar top prize, forced to do battle with Kraig Kinser and Tim Shaffer early before having to hold off David Gravel late to secure his spot in victory lane. Kraig Kinser led the first 21 circuits before Abreu took command on lap 22, ultimately utilizing both of the top and bottom grooves to hang on to the top spot as the frontrunners encountered traffic.

In actuality, it was a second consecutive Ironman 55 win for Rico Abreu, also claiming the 55-pound dumbbell trophy in 2016.

Federated Auto Parts Raceway at I-55 hosted a second Ironman 55 program on Saturday, August 4; 55-laps and once again awarding a $20,000 top prize. Although qualifying for the A-main, Abreu’s result was just outside of the top-ten, finishing 13th after starting in the exact same position. Abreu qualified for Saturday’s program by finishing fifth during heat race competition.

“Obviously, we’ve struggled this year, but a big win like this makes all of the hard work and sacrifice worth it,” Rico Abreu said. “I can’t thank my team, as well as all of my partners enough for their hard work and dedication this season. We’ve had some tough times, and some frustrating times, but they never gave up. They stood behind me and never surrendered. That’s the true definition of teamwork.”