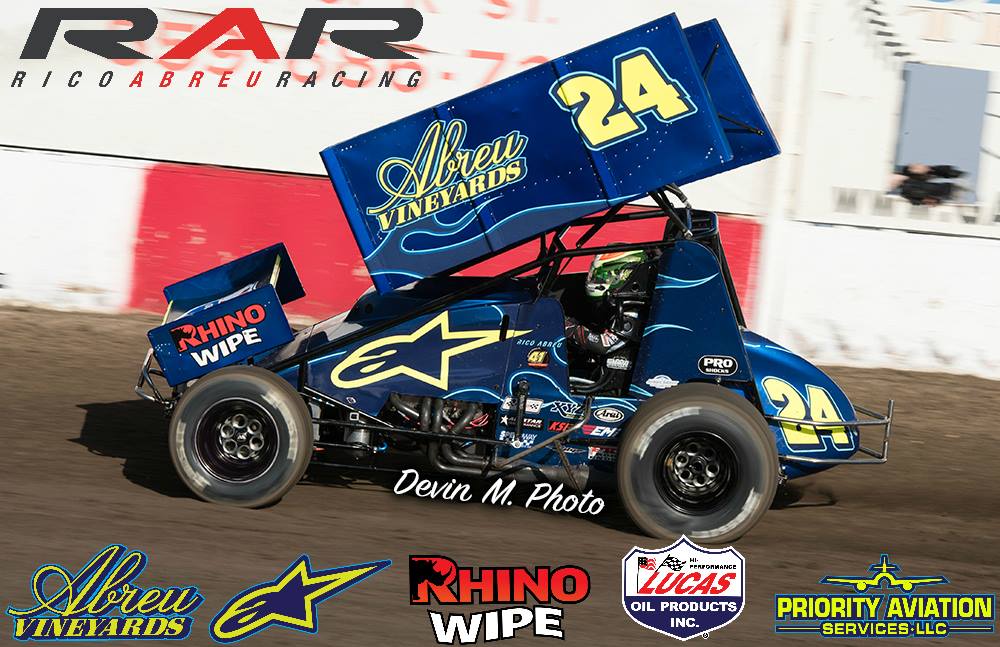 ST. HELENA, Calif. (October 22, 2018) – Despite a weekend filled with highs and lows, St. Helena, California’s Rico Abreu made the most of his 2018 Trophy Cup effort at Thunderbowl Raceway, highlighting the weekend with one top-five finish and qualifying for two out of three contested main events.

On a positive side note, Jac Haudenschild, who was piloting a second Rico Abreu Racing entry during Trophy Cup weekend, scored the overall Trophy Cup title, as well as Friday’s main event win.

“It wasn’t the weekend that we wanted, especially after getting started on such a high note. Regardless, I’m proud of this team and what they were able to do this weekend,” Rico Abreu said. “Also, a big congrats going out to Jac Haudenschild on his Trophy Cup title. That’s pretty special and I’m excited to be a part of that feat.”

Rico Abreu’s Trophy Cup campaign kicked off with a fifth place finish on Thursday, October 18. Forced to do things the hard way, Abreu won his respective consolation B-main to earn his way into the Trophy Cup preliminary feature, ultimately climbing from 13th to clinch the fifth place performance.

Unfortunately, Abreu’s success was limited during the final two nights of the 25th Annual Trophy Cup in Tulare, California; a fifth place finish during his respective B-main was short of a transfer position on Friday, followed by an incident during the Saturday night finale. Unlike Friday, Abreu qualified for main event competition on Saturday and started seventh on the grid. Unfortunately, a crash ended all effort and Abreu was scored 22nd.

Future plans remain uncertain for Rico Abreu and Rico Abreu Racing. As of now, the team will be off during the upcoming weekend.