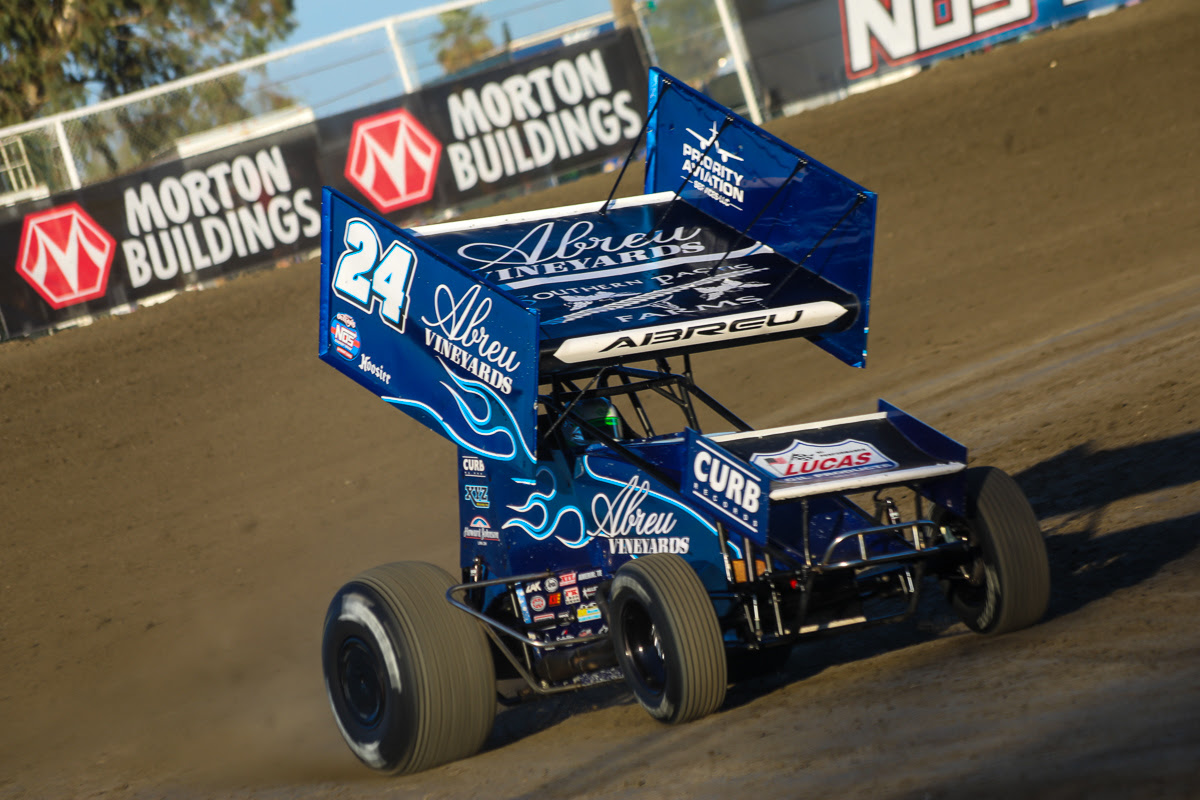 ST. HELENA, Calif. (April 1, 2019) – Concluding a month-long stretch of World of Outlaws Sprint Car Series competition in the Golden State, St. Helena, California’s Rico Abreu joined the Greatest Show On Dirt during starts at Keller Auto Speedway and Perris Auto Speedway during the recent weekend, highlighting his trek through central and southern California with a podium performance in Perris.

Although finishing one position shy of where he started, Abreu did not go down without a fight. In fact, Abreu and Carson Macedo, who took the runner-up position away from Abreu during the early stages of the main event, exchanged multiple slide-jobs for position. Rubber eventually came into the picture allowing Abreu to close-in on Macedo in hurry, shortening the distance to less than a car length with three laps remaining.

With two laps to go, Abreu made a bid for the second spot with a slider at the entrance of turn one. The attempt fell short which forced Abreu to settle for third at the final checkers.

“It feels great to have a night like we had at Perris Auto Speedway,” Rico Abreu explained. “Aaron [Reutzel] was quick. I’m not sure we were going to get him, but I wish we could have worked our way back around Macedo to get second. Regardless, I’m proud of my team and I’m proud of what we were able to accomplish.”

Abreu was scored 23rd during World of Outlaws competition at Keller Auto Speedway in Hanford on Friday. Forced to start 20th after a fifth place finish during his respective heat race, contact from a fellow competitor during main event action ultimately halted any chance for a top-ten performance.

Rico Abreu’s upcoming plans remain uncertain. Fans are encouraged to stay alert via social media, as well as at www.ricoabreu.com, for continuing updates.