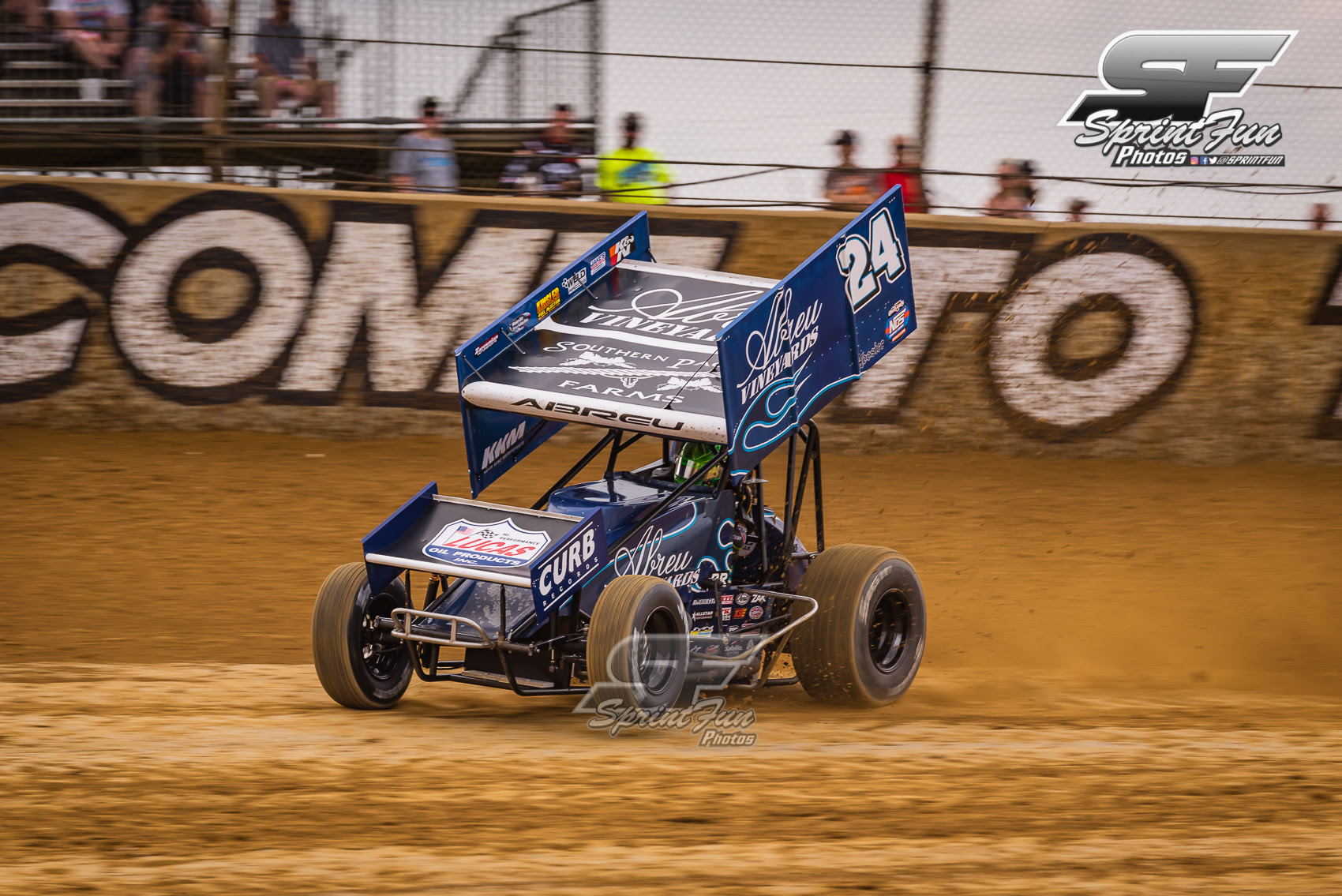 ST. HELENA, Calif. (May 28, 2019) – Despite the long, holiday weekend kicking off on a frustrating note, finishing 24th and 20th, respectively, during the two-day Patriot Nationals at The Dirt Track at Charlotte on Friday and Saturday, May 24 & 25, St. Helena, California’s Rico Abreu persevered and rebounded in a big way on Monday evening in southern Indiana, capping his Memorial Day weekend celebration with a ninth place finish at Lawrenceburg Speedway after starting from the inside of row ten.

Although the evening ended on a high note, resulting in his 12th top-ten finish of the 2019 season, Abreu was forced to do things the hard way on the Lawrenceburg highbanks. After falling short of a transfer position during heat race competition, the recent Sprint Car Challenge Tour winner in California was forced to race in the evening’s Last Chance Showdown. An eventual win solidified his main event starting spot.

Although Abreu’s outcomes in Charlotte were frustrating, being at the ‘wrong place at the wrong time’ contributed to most of his results. In fact, the driver of the Rico Abreu/Curb Agajanian Racing/Abreu Vineyards/Curb Records/Lucas Oil Products/Southern Pacific Farms/Priority Aviation/No. 24 sprint car was the victim of two rollovers, the first on Friday while trying to avoid a spinning car during the main event, and a second during Saturday’s heat race; left with nowhere to go as a fellow competitor spun out in front of the familiar No. 24.

“It really wasn’t the weekend we were searching for, but I’m glad we were able to end things on a positive note,” Rico Abreu explained, who owns one victory in 2019 in addition to his 12 top-ten finishes. “That just goes to show how hard this team works. We were obviously frustrated with our results in Charlotte, but we never gave up. We took the day on Sunday to get ourselves resituated, then we went to Lawrenceburg with a clear mind. It all worked out.”

Up next on the schedule, Rico Abreu and Rico Abreu/Curb Agajanian Racing will visit Mansfield Motor Speedway in Mansfield, Ohio, for the second-ever Sprint Car World Championship on Thursday through Saturday, May 30 – June 1. The three day spectacle, kicking off with a pair of $5,000-to-win preliminaries on Thursday and Friday, will be highlighted with the $100,000-to-win Sprint Car World Championship finale on Saturday night.