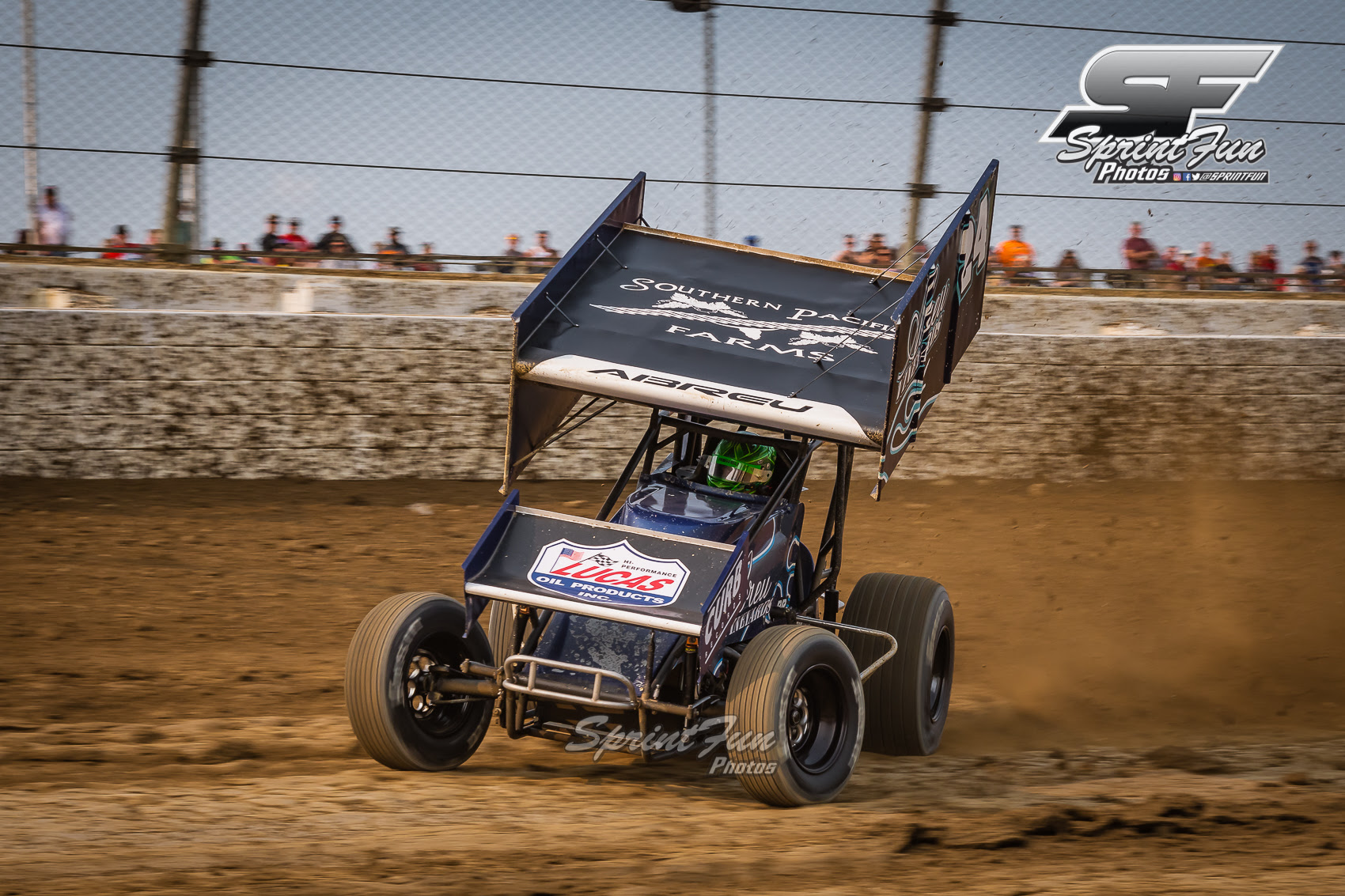 Showing strength almost immediately, Abreu earned command from the outside of row two, actually inheriting the lead just before the midpoint of the 30-lapper when race leader, Lee Jacobs, spun all alone between turns one and two. Incidentally, Eliason earned command over Abreu in the exact same corner.

Despite his Friday night outcome creating a slight sense of disappointment, Abreu was proud of his team’s performance at Mansfield Motor Speedway, kicking off the preliminary program on Friday, May 31, with the eighth fastest time during his respective group of qualifiers, all before finishing second during his respective heat race.

Mother Nature also interfered on Thursday, May 30, eventually forcing the cancellation of the first night of preliminary action.

“Besides Mother Nature causing some problems, it was a solid weekend for our team. We showed speed and consistency and that is most important. I’m proud of everyone involved,” Rico Abreu said, driver of the Rico Abreu/Curb Agajanian Racing/Abreu Vineyards/Curb Records/Lucas Oil Products/Southern Pacific Farms/Priority Aviation/No. 24 sprint car. “Things have been up and down for us this year, so to put together a solid evening at Mansfield is really motivating. I’m excited to get back to California this weekend and compete at Thunderbowl.”

Rico Abreu and Rico Abreu/Curb Agajanian Racing will continue their 2019 campaign with a quick trip back to California, anxious to revisit Thunderbowl Raceway on Friday and Saturday, June 7 & 8, for the Faria Memorial, as well as the Peter Murphy Classic make-up.

Rico Abreu is a recent winner at Thunderbowl Raceway, actually earning the Peter Murphy Classic/Kings of Thunder opener before action was canceled the following evening due to weather.