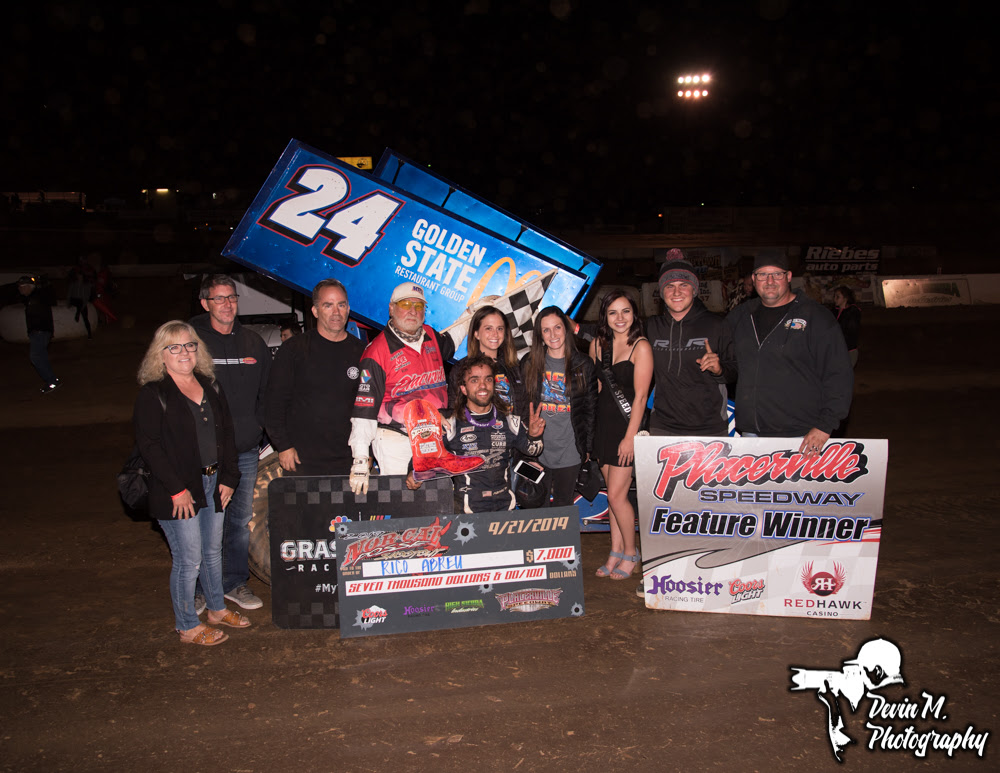 ST. HELENA, Calif. (September 23, 2019) – Adding another mark in the win column during the month of September, St. Helena, California’s Rico Abreu cashed-in for a $7,000 payday during the recent weekend, doing so by claiming the second and final night of Placerville Speedway’s NorCal Posse Shootout on Saturday, September 21. The victory not only pads Abreu’s September statistics, but it also bumps his season win total to six, his first victory since earning the Louie Vermeil Classic finale at Calistoga Speedway on September 1.

Impressive enough, Rico Abreu kicked-off his weekend at Placerville Speedway with a runner-up finish on Friday, September 20 – the result of a charge from the outside of row three.

“That was a great weekend for our team. It was an exciting race, for sure, so hopefully all of the fans enjoyed themselves. That’s what’s most important,” Rico Abreu said. “I can’t thank everyone enough for sticking by my side. We’ve certainly had some great moments this year, and we’ve had some bad moments, but having the ability to recover from the bad ones defines a team.”

Dubbed 4-Crown Nationals weekend, Abreu will join the World of Outlaws Sprint Car Series on Friday, as well as the All Star Circuit of Champions on Saturday. Certainly no stranger to the highbanks of Eldora Speedway, Rico Abreu is a former winner at The Big E in multiple divisions.

Those seeking the lastest Rico Abreu Racing apparel should visit shop.ricoabreu.com. Abreu’s traveling merchandise vehicle will be a select events in 2019. A complete list of at-track merchandise availability can be found on Rico Abreu’s racing calendar via www.ricoabreu.com. 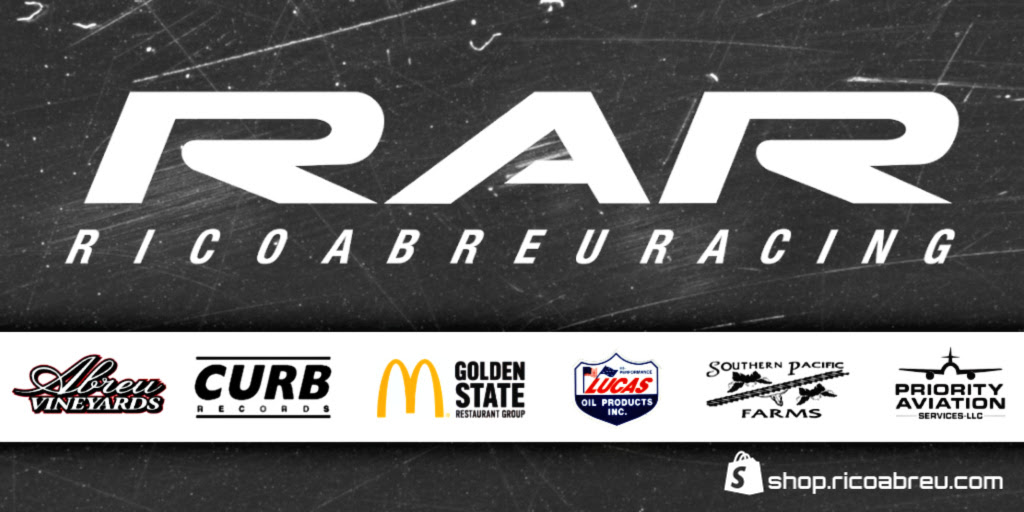