Rico Abreu Racing continues partnership with Self Made Racing in 2020 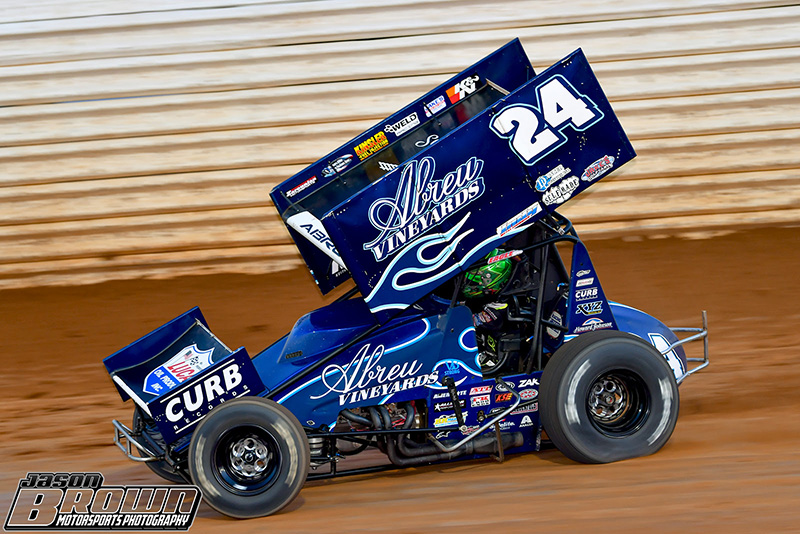 ST. HELENA, Calif. (February 12, 2020) – For a second consecutive season, Self Made Racing, owned and operated by Executive Manager and Partner at multiple Sweeney car dealerships located in northeast Ohio, Derek Snyder, will partner with St. Helena, California-based Rico Abreu Racing, working together in surpassing their 2019 accomplishments which included 13 victories and 55 top-ten finishes in 76 starts.Snyder, a motorsports philanthropist who not only enjoys supporting race teams, but also helps promote major sprint car events such as Justin Snyder’s Salute to the Troops program honoring his late brother, is excited to extend his relationship with Rico Abreu Racing and hopes to utilize the partnership in a positive and productive manner.“I’m excited to continue this relationship with Rico Abreu and his team. Rico does such a great job interacting with his fans. He makes everyone feel so welcome and it’s easy to want to be a part of that. He’s a great ambassador to sprint car racing and we’re pleased to join his efforts,” Derek Snyder explained, who also plays a major role at Gary Kauffman Racing with Danny Dietrich at the helm. “We have a lot of fun things planned for 2020 including a surprise visit by Rico and his team at one of our Sweeney locations. We hope to have some details ironed out over the next few weeks. I couldn’t be more excited.”Despite an early season schedule focused primarily on the West Coast, Rico Abreu and Rico Abreu Racing will eventually make their way east and headquarter themselves in the Midwest for much of the summer. Abreu’s weekend schedules will be posted as they become available.“We’re pretty pumped to have Derek Snyder and Self Made Racing join us again in 2020. He absolutely loves racing and that’s easy to spot. He’s got a lot of passion and we want that level of enthusiasm and love for sprint car racing around our team,” Rico Abreu said. “We have some fun ideas in the works with Derek and I’m sure the fans will enjoy what we have planned. We are ready to get rolling.”Rico Abreu’s upcoming plans will be announced in the coming weeks. Fans are encouraged to stay alert online, as well as on social media.Fans are encouraged to follow Derek Snyder and Self Made Racing on Twitter at www.twitter.com/selfmaderacing.SOCIAL MEDIA:Fans are encouraged to follow Rico Abreu online, as well as on all of his available social media networks:Facebook: https://www.facebook.com/RicoAbreuRacing,Twitter: https://twitter.com/Rico_AbreuInstagram: https://www.instagram.com/rico_abreu/APPAREL:Those seeking the latest Rico Abreu Racing apparel should visit www.shoprico.com, or find Rico’s Van at select events during the 2020 season.Twitter: http://www.twitter.com/ricosvan###CONTACT:Photo Credit: Jason Brown PhotographyTyler AltmeyerRico Abreu/Curb Agajanian Racing(724) 954-4915, altmeyer119@gmail.com